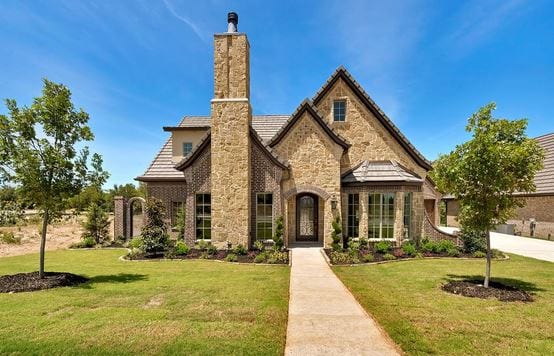 Learn About Benbrook Homes for Sale

The City of Benbrook is one of Tarrant County’s oldest communities but as an incorporated city it is among the youngest in the area. The name of the community was established when a train depot, “Benbrook Station” was placed along Mary’s Creek in 1880. The station was named for prominent local citizen James Benbrook.

From a population at the end of World War I of around 30 people to today’s population of over 21,000 Benbrook has been a community where people can easily become involved with one another socially through church, school activities or participation in community events like fireworks displays over Benbrook Lake or the annual Christmas tree lighting. Western Hills High School’s baseball team took the state’s Class 4a championship in 2001 and you had better believe there was a huge parade!

Many people from Fort Worth come out to Benbrook to bicycle around the lake, shop at the new Walmart on Benbrook Boulevard (US 377) or to visit The Benbrook Antique Mall.

Benbrook or Fort Worth Address?

Although Benbrook is a separate city many residents and businesses use “Fort Worth” in their mailing address. Either way is fine and whichever city you choose, you will still get your mail. Benbrook is entirely surrounded by Fort Worth and there are four sections of the city that are separated by major roadways. On the south side of Interstate 20 lies the main strip of Benbrook Boulevard. On the west side lies the Westpark neighborhood which backs up to rolling hills of Western Tarrant County. The area has it’s own neighborhood elementary school, Westpark Elementary and a modern new middle school – Benbrook Middle School. The new Benbrook High School will be opening soon and this has been a major factor in escalating home prices in the area.

Homes on the east side of Benbrook Boulevard back up to the U.S. Army Corp of Engineers property that surrounds Benbrook Lake. They enjoy they close proximity to the public amenities there including The Benbrook Stables, the state-of-the-art Benbrook YMCA, a 3-par golf course and marina.

On the North side of Interstate 20 are 2 more sections of Benbrook that also offer great neighborhoods and friendly walkable streets. Near the intersection of US 183 and Bryant Irvin Road are 2 large residential developments: Ridglea Country Club Estates and Mont Del Estates. Both of these neighborhoods lie close to the shopping and entertainment destinations of Southwest Fort Worth while offering the advantage of having limited through-traffic.

Also North of Interstate 20 and just inside loop 820 lies the area known as North Benbrook. North Benbrook which is also protected from through-traffic is another very walkable neighborhood built around Mary’s Creek on a former Pecan Orchard.

Homes for sale in Benbrook are an attractive option for first-time buyers, growing families or down-sizers. There are homes in all price ranges and sizes. There are affordable homes in south Benbrook with half acre lots and condos in several areas of the city with community amenities and no yard maintenance required of the homeowner at all!

Access the Trinity Trails at Benbrook Lake and bike or run through all of Fort Worth’s riverside communities all the way up to the new Panther Island and The Historic Fort Worth Stockyards.

© 2022 Fort Worth Texas Real Estate | Site cared for by ReecerMedia