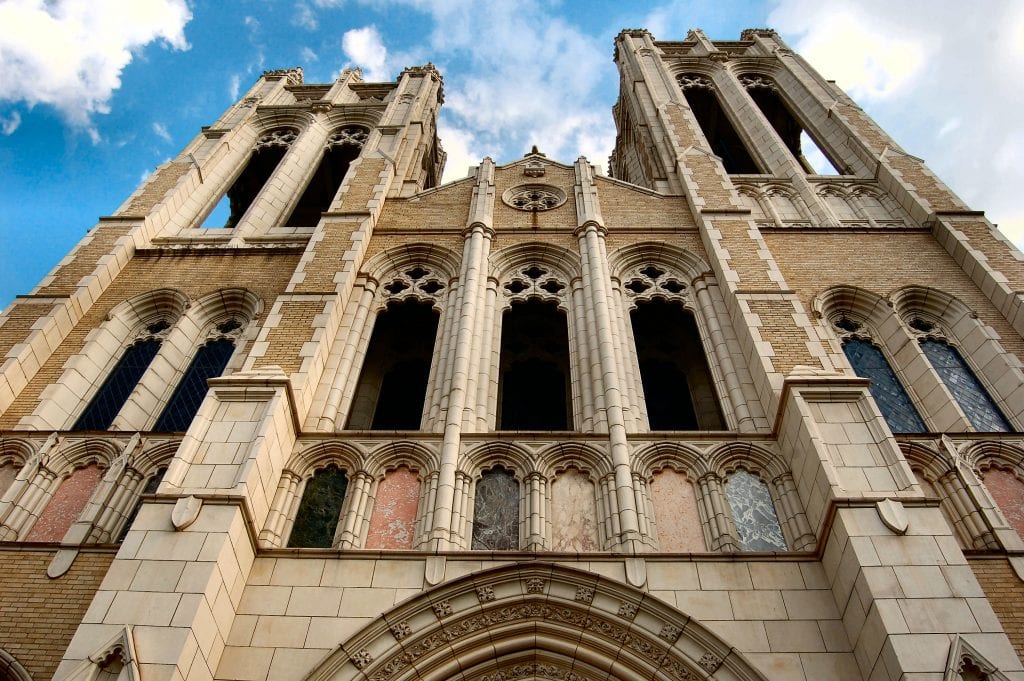 First United Methodist Church of Fort Worth now has over 11,000 members, making it Fort Worth’s largest congregation and one of the few big churches to still be thriving in the downtown area.

On May 3, 1922 The first radio broadcast of a church sermon on WBAP prompted J. Frank Norris, the head pastor at First Baptist Church to launch a radio station which became one of the largest religious broadcasts in the nation.

In 1955 the growing church constructed the Epworth Youth Center which is now known as the Justin Building, renamed after one of the church’s most prominent members.